David used the program to participate in various projects involving neuroscience and interfaces between neurons and living environments. In addition, he took some courses outside his regular curriculum to further his knowledge in other academic areas like machine learning and advanced algorithms.

The first project he did involved creating a prototype of a wearable real-time image acquisition and processing module that emulates both temporal and spatial retinal image processing and provides an activation video sequence that can be projected onto ganglion cells in the retina thus bypassing damaged photoreceptors. David worked on this project during his third year under the supervision of Prof. Shy Shoham from the Neural Interfaces Engineering Lab at the Biomedical Engineering department. It was awarded “Best Presenting Project” at ISMBE07 conference.
During his 4th year David participated on a research project to efficiently interface a living neural tissue from a newborn rat brain with a moving robot to demonstrate an obstacle avoiding behavior. The tissue was stimulated according to ultrasonic sensors on the robot and the response was analyzed and compared to predefined words using the Levenshtein distance. The system showed collision free navigation for 25 minutes sessions and demonstrated interesting behaviors such as spontaneous neural activities that affected the steering.

On his final year, David’s thesis combined resources from both Medical school and the Biomedical Engineering department. He participated on a research to create viable muscle tissue using stem cells and to find the optimal combination of cells that will enable an effective tissue engineering process. The research was published on the Proceedings of National Academy of Sciences.

Recommendation to Program participants: ”The majority of research today is multi-disciplinary so my best advice for you is to take as many courses outside the regular curriculum of your studies as you can. In addition, try to get involved in projects that interest you, try to work independently and challenge yourself while getting feedback and guidance from your tutor periodically.”

Today (2018): After graduating medical school David Combined clinical work as a Physician with an industry researcher position at MediGuide, a company that develops an innovative real-time navigation system for minimally invasive cardiac surgery. He then attended Harvard Business School and focused his graduate studies on the medical devices industry, digital health and applied machine learning algorithms. Today he is working at Verily (Google’s Life Science division) and focuses on products that enable proactive diagnosis in various medical fields. 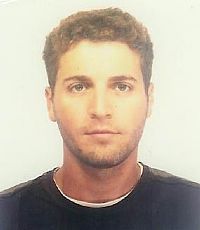