His research, under the direction of Prof. Yoram Baram from the Faculty of Computer Science, was in: “Differential Geometric Approach to learning“, with the aim of exploring differential geometric structures of learning systems, such as neural networks, in order to produce better learning algorithms.

The research results were presented at NIPS ’99 and published as a scientific article: “Zlochin M. and Baram Y.: Manifold Stochastic Dynamics for Bayesian learning”. 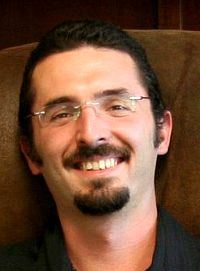