First degree in Physics & Math at the Technion.

Participated in the Technion Excellence Program: Started in 2003, but after 2 semesters Ronen took a brake for 4 years. He re-joined the Program from October 2008 September 2010.

During Summer 2009, Ronen participated in CERN summer students program. He spent 8 weeks in the research center near Geneva, Switzerland, and conducted a research about the noise regularity in the ATLAS’s muon detector, under the supervision of Dr. Ludovico Pontecorvo.
During Summer 2010, Ronen did a Summer internship in MIT’s Center for Theoretical Physics, under the supervision of Prof. Robert L. Jaffe, an internship supported by Hibur<http://hibur.mit.edu/> The Technion’s physics department and the Excellence program. During this summer, he studied a way to use basic principles of optics (The Babine’t principle) in order to study the Casimir energy of two complementary thin perfect conductors.

About the Program: The most important effect of the Program on Ronen’s studies, was the legitimacy the Program gave him to study what he wanted to study and not what he should have studied. The freedom to do so, in a limited fashion, is given to any student, but the Program gave him the motivation, confidence and legitimacy to do so: From taking basic math course in the 1st semester (Ronen started his degree as a physics-only student, and thought he hated math..), to taking srange seminars and initiating projects.

He previously worked as an algorithm developer at VisionMap.

Recommendation to Program participants: “Apply! Do anything that seems interesting.That is a good way to make your degree more interesting.” 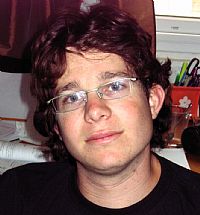