About myself: I was born in December 1991 in Haifa. Moved with my family at an early age to Germany and lived there for two years, then moved to Rehovot and once again to Haifa. I believe you can’t escape the winds of change, but must learn to fly in them.
After graduating high school, majoring in Computer Science and Physics, I joined the Intelligence Corps doing technological intelligence research, which showed me how fascinating Computers, communications and Mathematics can be.
I’m still not sure where my path will take me, but I’m willing to take the first leap.

Hobbies and other activities: I spend much of my time drawing and writing – mostly short poems. I also enjoy running, playing ‘ultimate’, and Capoeira.
I also like reading, usually sci-fi and fantasy, and watching anime. 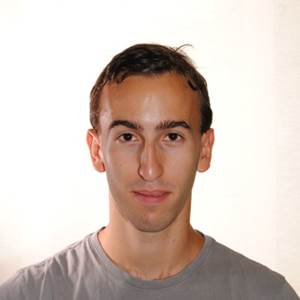